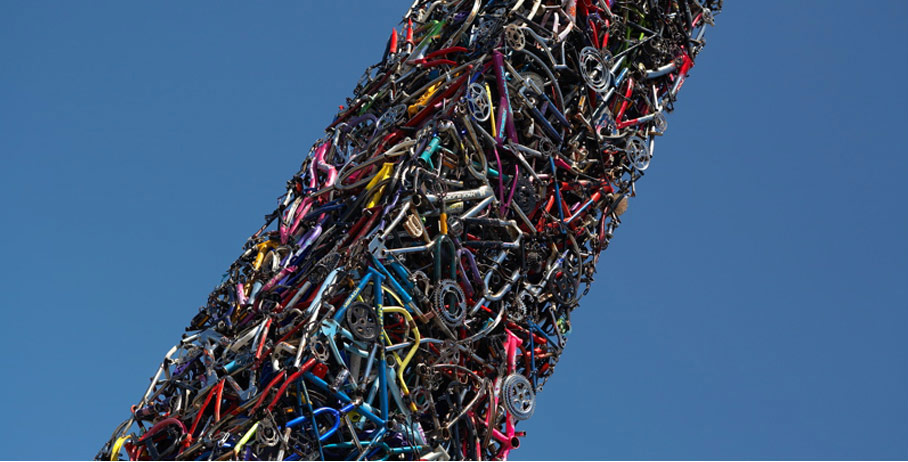 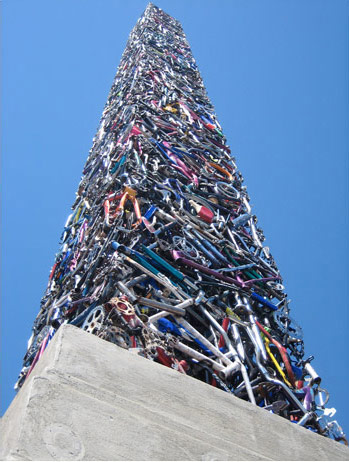 The City of Santa Rosa, in conjunction with Nissan of Santa Rosa, commissioned Artists Mark Grieve and Ilana Spector to create a dynamic new artwork for the Santa Rosa corridor, which is installed on Santa Rosa Avenue and South A Street in Santa Rosa. The Work, entitled, “Cyclisk,” is a sixty-foot-high (five-story) Egyptian-style obelisk made from recycled bicycles.

Local artist Mark Grieve, born 1965, started drawing in 1966 (primarily abstract for the first few years), until his formal education at the San Francisco Art Institute and the College of Marin, where under a series of excellent instructors, he learned painting, drawing and ceramics. His exhibition history is varied, starting with gallery settings in the 1990’s, evolving to large-scale combustible temporary art, to most recently, creating public sculpture. A recent recipient of a Pollock-Krasner Foundation and Puffin Foundation grants, if you would like more information, feel free to look at www.markgrieve.com.

Daniel Strening was on the selection committee for the piece, and then assisted, pro-bono, with all of the artist’s drawing, coordination and permitting needs.